Discord Bot Imperial Bank | Developed by Gilbrush | If you are looking for a Discord Bot that manages banks, shops, requests, emails, teams, rankings and much more like throwing the dice or coins, the Imperial Bank bot is your thing! Functions and infos are listed down below in full detail. Any question or inquiry is to be sent through comment in the comment box down below, or you can simply join the discord server. 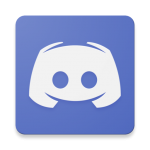 N.B. The Imperial Bank Role is to be placed at the top of the roles list with administrator privileges.
It is recommended that interested servers set up an admin channel (see command .comadmin) to receive news, updates, and to check the bot status.

Earn Credits with any of the bank services. Credits can be spent in the shop or can serve as a simple score. When the bank is active, for every message written in any channel, there is a possibility that users can gain, or “win”, Credits; in this case, the winning message will be displayed in the channel chosen by the admin with the command .comban.
How to activate it: choose a channel with the command .comban.

.comban to activate the service, choose a channel for the commands (eg. .comban #channelName).
.delban to delete the actual bank channel and to disable all bank services (disabling the service will reset all data related to the bank, for all users).
.prizeoff disables automatic credits rewards when writing messages.
.prizeon reactivates the automatic rewards of credits when writing messages.
.modifycash (eg. .modifycash +100 @user) add or remove Credits for a specific user.
.modifyall (eg. .modifyall +100) add o remove Credits for all users in the server that have a bank account..
.setshop show a complete option list for setting the shop.

All the public commands work only in the bank channel which is set by the admins with .comban.
.cash donates 25 Credits per day to the user.
.wallet to know the Credits and objects owned in the inventory.
.wallet @username to check a specific user’s wallet (eg. .wallet @user).
.transfer to transfer your credit (eg .transfer @user); the # of credits to transfer will be asked soon after the comand is used.
.shop show the complete items list in the shop.
.buy itemCode to buy an item from the shop.
.use itemCode to use a purchased item, already present in the inventory.
.give to give an article in your possession to another user (eg. .give @user itemCode).

By setting a public channel for requests and a private one for admins, it is possible to send a request with the possibility of attaching a photo that verifies the authenticity of the request. A private message will be sent to the admin with a direct link to the request.
How to activate it: setting both an admin (.comadmin) and a public (.compub) channel.

.promotion (without any subsequent text) can be accompanied by a photo attached to the command.

Add teams associated to a role, add users to teams, create a ranking, earn points and credits by connecting in voice chat.

.rank to view the complete list of teams associated with the server and the score.

Create private channels that can communicate with each other like real emails.
How does it work? For hypothesis we create 2 private channels (Chan A – Chan B) that can be viewed by two roles (Role A – Role B); those with Role A, can use Chan A to be able to send a message that will arrive directly in Chan B and can be viewed by all those who have Role B and vice versa. Each E-mail channel can also be associated with multiple roles.

.send @role or #channel allows you to send an e-mail from an e-mail channel to a single mailbox or to the multiple channels associated with a role.

.dice allows you to roll a die and choose how many sides it must have.
.coin flips a coin that returns heads or tails.

This website uses cookies to improve your experience while you navigate through the website. Out of these, the cookies that are categorized as necessary are stored on your browser as they are essential for the working of basic functionalities of the website. We also use third-party cookies that help us analyze and understand how you use this website. These cookies will be stored in your browser only with your consent. You also have the option to opt-out of these cookies. But opting out of some of these cookies may affect your browsing experience.
Necessary Sempre abilitato
Necessary cookies are absolutely essential for the website to function properly. These cookies ensure basic functionalities and security features of the website, anonymously.
Functional
Functional cookies help to perform certain functionalities like sharing the content of the website on social media platforms, collect feedbacks, and other third-party features.
Performance
Performance cookies are used to understand and analyze the key performance indexes of the website which helps in delivering a better user experience for the visitors.
Analytics
Analytical cookies are used to understand how visitors interact with the website. These cookies help provide information on metrics the number of visitors, bounce rate, traffic source, etc.
Advertisement
Advertisement cookies are used to provide visitors with relevant ads and marketing campaigns. These cookies track visitors across websites and collect information to provide customized ads.
Others
Other uncategorized cookies are those that are being analyzed and have not been classified into a category as yet.
ACCETTA E SALVA